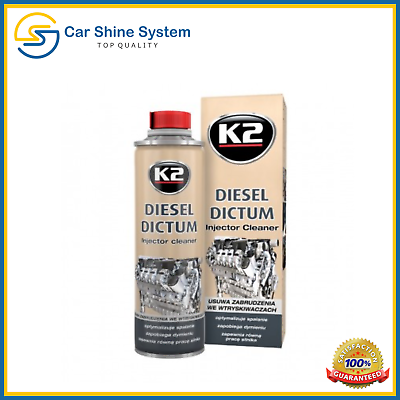 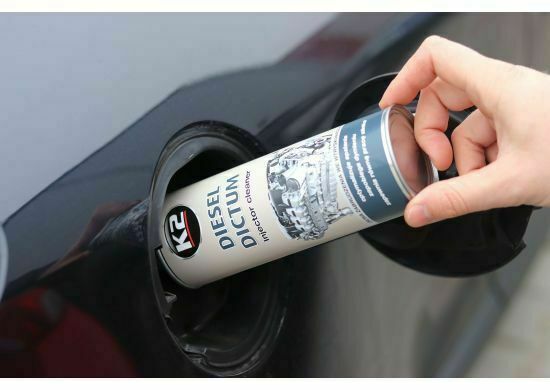 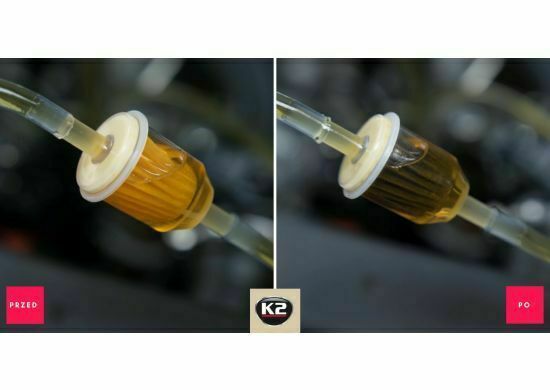 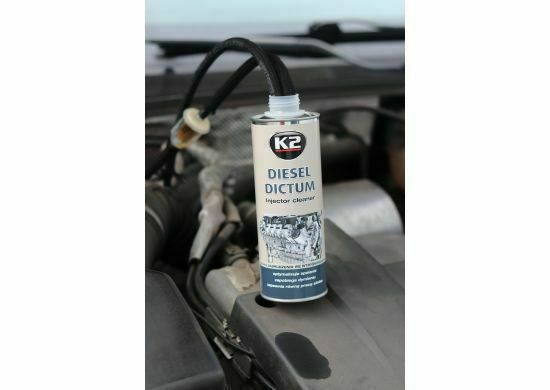 Reduces combustion. protects against corrosion and smoke. Increases the cetane number of the fuel.

Prolongs the life of the fuel system.

Pour the additive into the fuel tank and then refuel it completely.

The content of the can is enough for 60-80L of diesel. Even a double overdose of the preparation is not harmful to the engine.

1. Disconnect the fuel lines from the fuel filter

2. Insert both: sunction and return fuel lines into the K2 Dictum can (in this way instead of fuel from the main tank. the high-pressure pump will directly suck K2 Diesel Dictum).

3. Start the engine. allow it to run at low speeds by burning the agent. Wait until the can will be almost empty.

Switch off the engine before using the entire agent to prevent the fuel system from aerating.

There are no reviews yet.